Why is Violence and Mining in Africa Inextricably Linked? 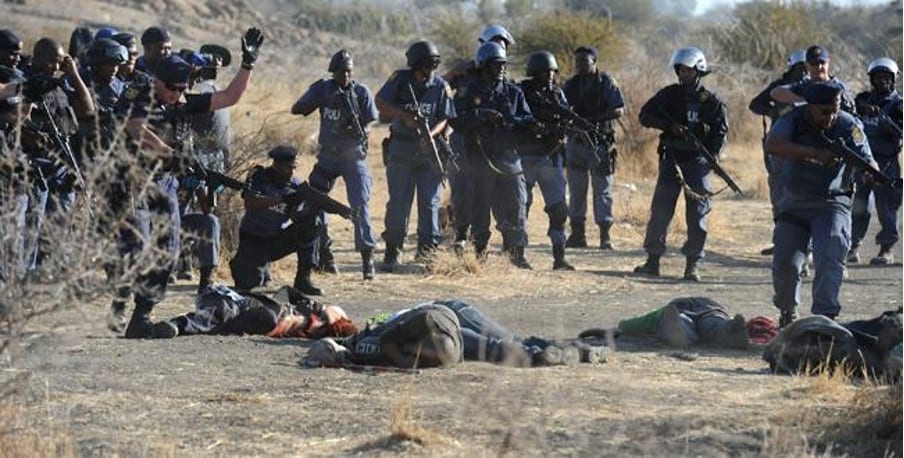 Why is Violence and Mining in Africa Inextricably Linked?

The African continent is wealthy beyond belief in mineral riches. It is home to a third of the world’s mineral reserves, two-thirds of its diamonds and a tenth of its oil reserves. While mining may bring temporary economic boosts to the continent and its citizens, it also brings political and economic instability – and violence. Fights over resources and compensation involved with mining in Africa have caused violent struggles that include militant action, capturing of mines, violent strikes, assassinations, and even wars. Is it the desire for mineral wealth that is leading to violence, or is it poverty?

Armed groups have been preying on the DRC’s mineral sector for over 15 years and millions of citizens have been displaced because of armed conflict. In a violent end to a peaceful activist’s life Sikhosiphi Rhadebe was brutally slain after he vehemently opposed open cast titanium mining in his homeland in South Africa. Of course, the mining company denies all claims of guilt, despite the CEO of the company previously stating his intention to crush any resistance. When miners went on strike to demand higher wages, police opened fire and 34 people were killed in what is now known as the ‘Marikana Massacre’. And this is only one of several violent strikes that continue to ravage the continent. Not to mention the gold-fuelled Sudanese war.

Africa is the Main Culprit

Curiously, this level of violence does not occur in most other mining areas. There is a phosphate mine worth around £1 billion currently being constructed in Yorkshire in the UK, and no incidents of violence have occurred – no strikes, no protests and certainly no assassinations. Because there are other, simpler ways to acquire wealth in the United Kingdom, it is not viable to capture a mine by violence, and the construction of the phosphate mine in Yorkshire carries on peacefully. Despite a lack of infrastructure, a fluctuating economy much like Africa’s, and regular strikes and protests, South American mines are achieving peaceful resolutions, and episodes of violence is rapidly declining. Politicians in Latin America are also listening to objections and responding. Peru has relinquished investments of over US$8.5 billion in mining projects in answer to protests. Spurred by activists mining companies are taking social and environmental responsibilities far more serious than in the past. Unfortunately, this kind of progress cannot be seen in Africa.

In Africa the mining industry remains rife with corruption while local communities continue to have high levels of poverty – a dangerous combination. Anthony Bebbington, an acclaimed mining scholar, claims that African communities are forcefully compensated, and this is where the trouble starts. They are offered compensation in the form of money for land and resources without having any idea of its true worth. In the end these communities are left with nothing, while investors and mining companies turn massive profits. Miners do backbreaking work with minimal compensation and then get shot when they protest against such treatment.

The immense challenge faced by the mining sector in Africa is to manage mining relations peacefully while lowering negative impact on local communities. This is a tall order in areas where people are hungry and desperate, politicians are greedy and corrupt and mining is the only apparent solution to both problems.